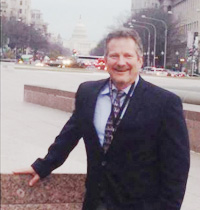 John Werner is a Senior Meteorologist at the Weather Forecast Office (WFO) in Mobile, Alabama. He started his NWS career as a General Forecaster at WFO Spokane, Washington in 2003, where he was active in the Fire Weather and Incident Meteorologist programs. Prior to joining the NWS, John served 20+ years as a meteorologist in the United States Air Force, where he served in numerous positions, including Chief of Weather Operations; Flight Commander of a 17-person Weather Flight, and Chief of Aerospace Science and Technical Services, Air Force Special Operations Command. His passion for the science coupled with his drive to provide customers' the best in weather and hydrological support motivates him.

Prior to becoming the NWSEO National President, he served as the NWSEO steward for WFO Mobile, and as the NWSEO Southern Region Vice Chairperson and Chairperson. He has served on the NWSEO National Council for the last nine years. The NWSEO National Council has been the key to protecting our rights, growing our membership to record levels and ensuring that we remain fiscally strong and are capable of weathering unfortunate events, such as government shutdowns. John has served the NWSEO on numerous local, regional and national teams including initially serving as Co-Chair of the Pilot Project Program, Operational Workload Analysis (OWA) Impact Based Decision Support workstream, NWSEO Finance Committee, and as a key member of the NWSEO Collective Bargaining Agreement Negotiations Team.

John currently resides in Gulf Breeze, Florida with his bride Connie. They love the outdoors and traveling around the world and meeting people with different backgrounds and making new friends. They are both involved in animal rescue and John assists Connie with community foster care events for children. John is a member of the American Meteorological Society, National Weather Association, American Legion and the Pensacola Beach Elks Lodge. He also enjoys fishing, outdoor photography, golfing, camping, hiking, football and, of course, hanging out at the beach. 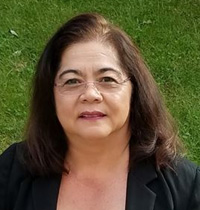 Prior to becoming NWSEO Excecutive Vice President, JoAnn Becker was the first official Regional Chairperson for the new the National Centers for Environmental Prediction (NCEP) Region, created in 2012. She is a Senior Aviation Meteorologist at the NCEP Aviation Weather Center in Kansas City, Missouri. JoAnn began her career at the National Weather Service in 1995 in the Weather Forecast Office in Guam where she became a Lead Forecaster in 1998.

JoAnn has been a member of NWSEO for many years. She has chaired both the Credentials and Constitution Committees. She has served as NWSEO representative on various teams. JoAnn has also received local and regional Cline Awards in addition to Special Act Awards. In 2016, she received the NWSEO Kip Robinson Award. 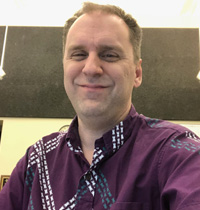 Chris Jacobson currently serves as a lead forecaster at WFO Key West, Florida. Chris began his NWS career in July 1995 as a meteorologist/programmer at the Olympic Weather Support Office in Peachtree City, Georgia. This was followed by service as an intern and general forecaster at WFO Corpus Christi; as a general forecaster and information technology officer at WFO Oxnard; and as a lead forecaster at WFO Upton, WFO Honolulu and WFO Key West. Chris joined NWSEO in 1999. Chris’s union leadership experience includes serving as Vice Steward at WFO Oxnard (2001-2005), Steward at WFO Key West (2009-2013, 2018-present), Pacific Region Chair (2014-2018), Southern Region Chair (2019-present) and Secretary-Treasurer (2020-present). In these roles, he has gained extensive experience in the Local Office Team (LOT), Regional Labor Council (RLC) and National Labor Council (NLC) processes. Chris has been the primary NWSEO representative on the NWS Mission Delivery Council since 2015 and served as a member of the NWSEO CBA Negotiating Team (2017-2021). Chris has also served as the Chair of the Constitution Committee since 2015 and served as the Chair of the Credentials Committee in 2019. Chris received the NWSEO Kip Robinson Award in 2014. 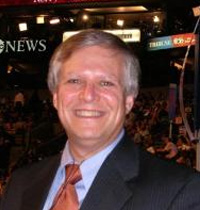 Richard Hirn is a Washington, DC attorney who represents both public and private sector labor organizations. He has earned a national reputation for innovative and progressive approaches to labor, constitutional law, civil service and employment discrimination litigation, and has been responsible for significantly expanding the collective bargaining rights of Federal employees and their unions.

Hirn has served as NWSEO General Counsel since 1981, and as its Legislative Director and lobbyist since 2005. 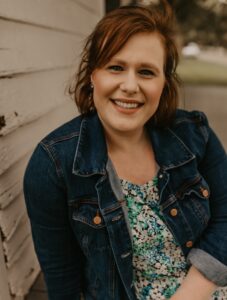 Emily Roy is NWSEO's Chief Financial Officer, Political Action Committee Treasurer, and Director of Membership Services.  Emily has significant experience working in a variety of accounting fields including internal auditing, corporate accounting, and public accounting.  She has a passion for numbers, organization, and helping others.  She is proud to be a part of the NWSEO organization!

New members should send their 1187 forms for payroll deduction to Emily at Membership@nwseo.org or fax them to 202-600-2145. 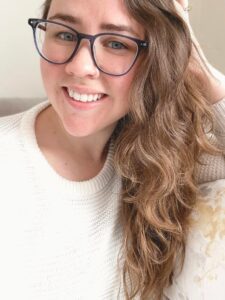 Prior to joining the NWSEO team, Samm worked in the higher education sphere for ten years, most recently as the Director of Content Strategy for the University of Massachusetts Amherst. At UMass, Samm managed institutional social media accounts with more than 500,000 followers from top to bottom, writing, photographing, and filming content, as well as serving on the Emergency Operations Team to handle crisis communications. Her most recent work included the creation of the university’s campus-wide content calendar, as well as the strategic overhaul of all content that appeared on the university’s homepage.

It was at UMass that Samm first became a rank-and-file member of a union, the Massachusetts Teachers Association (MTA); she held a variety of roles in her local, the Professional Staff Union, serving as a member of the bargaining committee and Sick Leave Bank board, a departmental delegate to represent the local at annual meetings, and as grievance officer. This first-hand experience in the labor movement propelled Samm to continue her education in the Union Leadership and Activism (ULA) graduate program at UMass, where she continues to work toward a masters degree in labor studies.