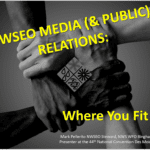 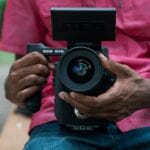 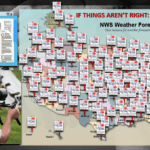 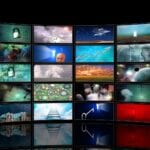 NWSEO Members in the Media

Submit your stories to mediarelations@nwseo.org. 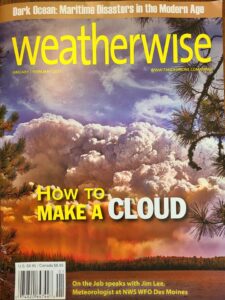 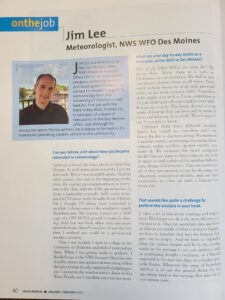 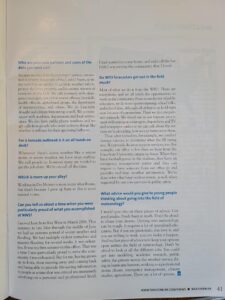 (Des Moines- April 10) - The union that represents the meteorologists and technicians at National Weather Service offices nationwide today called upon Senator Grassley to demand that the Department of Labor release its investigative report on the sexual harassment investigation of AccuWeather, Inc., the company owned and headed by Barry Myers at the time, who has been nominated to head the NWS’s parent agency.

While the Compliance Agreement has been publicly released (https://www.dol.gov/ofccp/foia/files/20180619-AccuWeather-CA-I00201572-MA-Redacted.pdf), the January 26, 2018 Results of Investigation referenced in the agreement, and which apparently contain the details of the workplace misconduct found by DOL, has not been made available. In a letter sent today union Regional Chair Jim Lee, who is a forecaster at the Des Moines Forecast Office, asked Senator Grassley to obtain and release a copy of the investigative report before the Senate votes on the nomination of Myers to be Under Secretary of Commerce for Oceans and Atmosphere. “We are seeking your assistance because you have been a champion of NOAA employees and were personally responsible in 2015 for the enactment of the National Oceanic and Atmospheric Administration Sexual Harassment and Assault Prevention Act,” Lee wrote.

(Washington DC – February 1, 2019) A Federal Labor Arbitrator ruled today that the National Weather Service violated the collective bargaining agreement with its employee union when the agency reduced the hours of operation at five Weather Service Offices in Alaska, Cold Bay, McGrath, Yakutat, Annette, and St. Paul, in August 2016. Arbitrator John Paul Simpkins ordered the NWS to restore 16 hour-a-day operations at these offices, and directed the NWS to pay the affected employees the lost overtime that they had been working to keep the offices open 16 hours a day. The employees’ union, the National Weather Service Employees Organization estimates that the back pay exceeds $500,000.

The NWS has been criticized by the meteorology community for reducing the hours of operations at these offices because it has resulted in a loss of weather data, obtained through weather balloon launches from these offices, that feeds into the computer models that provide forecast for not only Alaska but for the lower 48 states.

Link to CSPAN coverage of Rally

July 13, 2019 The New York Times - Flying with the Hurricane Hunters into Barry's Heart

January 25, 2019 WRAL Raleigh, NC - Despite end to shutdown, many federal workers in 'tough place' until next paycheck arrives

January 19, 2019 The New York Times - Winter Storm Makes Travel Treacherous and Is Expected to Worsen as It Moves East

January 19, 2019 The Inquirer / Philly.com - Could airport delays speed up the end of government shutdown?

January 18, 2019 Earther - The Shutdown Is Making the U.S. Less Prepared for Hurricane Season

January 18, 2019 KTUU Anchorage, AK - It's impossible to predict how long the partial government shutdown will continue, but weather forecasters would like to know

January 18, 2019 NPR - How the Government Shutdown is Affecting Weather Forecasts

January 16, 2019 People - How Real Government Employees Are Suffering During the Shutdown: 'I Feel Helpless'

January 13, 2019 Fox34 Lubbock, TX - Lubbock workers not getting paid during shutdown; unsure how to pay bills

January 12, 2019 WKRN Nashville, TN - How does the government shutdown affect..

January 11, 2019 The Weather Channel - From Weather to Recovery, How the Shutdown affects FEMA and Hurricane Center

January 9, 2019 The Washington Post - The Weather Service is open 24/7, forecasters are working without pay, it’s taking a toll

January 9, 2019 CNN - US more vulnerable to the next hurricane season and other extreme weather as the shutdown wears on

January 7, 2019 Miami Herald - The government shutdown could cast a cloud over hurricane forecasting, other research

January 7, 2019 The Washington Post - The National Weather Service is 'open,' but your forecast is worse because of the shutdown

January 7, 2019 Government Executive - Federal Employees Did not Sign Up to be Shut Down

January 3, 2019 TIME - The Shutdown Won't Stop Weather Forecasts, But It's Creating Problems for the Future

Washington, D.C. – Today, the National Federation of Federal Employees (NFFE-IAM), joined with the Machinists Union (IAMAW), National Association of Government Employees (NAGE) SEIU, the National Weather Service Employees Organization (NWSEO), and Snider & Associates, LLC, in filing a lawsuit against the federal government in response to the government shutdown. The lawsuit alleges that the government is violating the law by requiring federal employees who are deemed “essential” to work without pay during the partial government shutdown. The unions are requesting compensation for time and overtime worked, and 100 percent matching liquidated damages for all non-exempt FLSA employees.

“This lawsuit is not complicated: We do not believe it is lawful to compel a person to work without paying them,” said NFFE National President Randy Erwin. “In this country, when a worker performs a day’s work, he or she is entitled to a day’s worth of compensation. That is how working people provide for their families. Because of the chaos this wasteful government shutdown is causing, the government is trying to pay people in I.O.U.s. With this lawsuit we’re saying, ‘No, you can’t pay workers with I.O.U.s. That will not work for us.’”

The Fair Labor Standards Act (FLSA) requires that all employees covered by the statute be paid on time for any overtime work performed and be paid at least the minimum wage for all hours worked during the workweek.

“Federal employees, who work in service to the American public ensuring our safety, are just as deserving and entitled to receive timely pay for their work as any other employee,” said NAGE National President David J. Holway. “Having already found to be in violation of the FLSA for similar actions in the 2013 shutdown, the government’s knowing violations here are wholly unreasonable. Federal employees are not pawns, held hostage, at the administration’s whim, it is time to end the shutdown and pay employees what they are owed.”

The lawsuit was filed at the United States Court of Federal Claims at approximately 4:00 PM today, on behalf of thousands of NFFE/NAGE/NWSEO represented federal employees who are required to work even though their agencies have no appropriated funds.

“There are hundreds of men and women who are tracking and commanding our nation’s weather satellites, manning and maintaining our nation's weather radar, and providing crucial weather information to the public which the government is obligated to pay despite the shutdown who are not receiving their wages,” said Richard Hirn, General Counsel of the National Weather Service Employees Organization, “and the law entitles them to damages due to the delay in payment."

WASHINGTON, March 1, 2018 /PRNewswire-USNewswire/ -- In the first major labor showdown of the Trump Administration, Labor Arbitrator Laurence Evans today ruled that the U.S. Department of Commerce illegally terminated its collective bargaining agreement with the National Weather Service Employees Organization, the union that represents the forecasters, technicians and other support personnel at NWS offices nationwide. Evans ordered the National Weather Service to rescind the notice of termination it sent to the union in July 2017.

At the arbitration hearing, held last December in Silver Spring, Maryland, the Deputy Director of the National Weather Service testified that the decision to terminate the union's contract was made in consultation with and received the personal approval of Commerce Secretary Wilbur Ross.  The NWS and the union are engaged in negotiating a successor to their 2001 collective bargaining agreement. Arbitrator Evans ruled that the agency's termination violated the 2001 agreement which is to stay in force until negotiations for a successor agreement are completed.

The union and the National Weather Service are in a pitched battle over the Administration's proposal to cut the NWS workforce and close forecast offices at night. The President's FY 19 budget request, submitted to Congress last month, proposes to eliminate 20% of all the forecasters at the nation's 122 forecast offices. At the arbitration hearing, the Deputy Director of the NWS testified that the agency was seeking a new contract with the union in order to give it the flexibility to implement these planned changes.

WASHINGTON, Feb. 13, 2018 /PRNewswire-USNewswire/ -- The President's budget acknowledges the importance of NWS to protecting lives and property-

"Advance notice provided by weather forecasts enables the Nation's leaders, decision makers, and media to provide better warnings and advisories to first responders, the public, and businesses. Getting this right reduces the catastrophic loss of human life and property and the damaging effects on the national economy."

These savings will be achieved by cutting 355 additional forecasters and other operational staff beyond the hundreds of operational positions that are already vacant, and closing forecast offices at night and weekends.

According to the National Academy of Sciences, "the quality of the NWS's warning capability corresponds with its capacity to muster an ample, fully trained local staff at its Weather Forecast Offices as severe weather unfolds." However, in May, 2017 the Government Accountability Office released a study that revealed that the vacancy rate in NWS operational units had reached a point where NWS employees are "unable at times to perform key tasks." The GAO found that the vacancy rate in operational units that issue forecasts and warnings rose from 5 percent at the end of fiscal year 2010 (211 positions) to 11 percent at the end of fiscal year 2016 (455 positions). The GAO also found that NWS "staff experienced stress, fatigue and reduced morale resulting from their efforts to cover for vacancies" due to lack of time off and a loss of training.

"We can't take any more cuts and still do the job that the American public needs us to do – there simply will not be the staff available on duty to issue the forecasts and warnings upon which the country depends," said Dan Sobien, President of the National Weather Service Employees Organization.

Looking for an archived news story?
Check out the NWSEO Media Archives 2010-2017